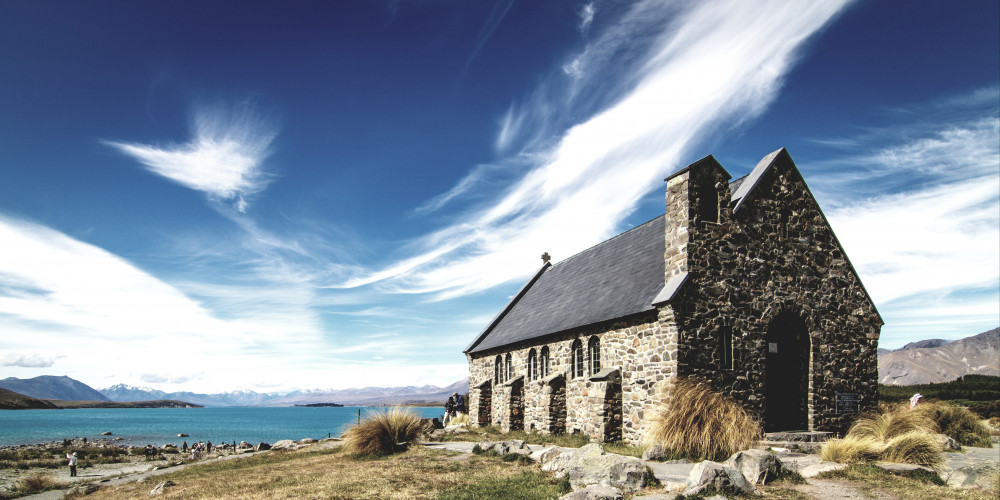 Hymnology: We Believe (The Apostles' Creed)

The Apostle's Creed is one of the oldest existing confessional statements of the Christian faith, dating back to the 2nd century. The word "creed" comes from the Latin word credo, meaning "I believe", and so a Creed is a formal declaration of belief in the doctrines it contains. From the earliest days of the church, this creed has helped to define what Christians believe, correct errors, and provide guidelines for how Christians should live and worship.

Albert Mohler, the president of the Southern Baptist Theological Seminary, writes, "All Christians believe more than is contained in the Apostles' Creed, but none can believe less." As a short summary statement of the basic beliefs of all Christians, it is immensely valuable! Here at Faith Bible Church, we have a very thorough (40 pages!) document detailing what we believe and teach here. Such documents are helpful, but not the sort of thing you can memorize and recite. The Apostles' Creed, on the other hand, is something that countless believers have committed to memory over the centuries.

Here is the Creed as we recite it in our church:

I believe in God, the Father Almighty,
Maker of heaven and earth.

I believe in Jesus Christ, his only Son, our Lord;
Who was conceived of the Holy Spirit, born of the virgin Mary,
suffered under Pontius Pilate,
was crucified, dead, and buried.*
On the third day he arose again;
He ascended into heaven and is seated at the right hand of God,
and he will come to judge the living and the dead.

I believe in the Holy Spirit,
the holy catholic church,
the communion of saints,
the forgiveness of sins,
the resurrection of the body,
and the life everlasting.
Amen.

In addition to being recited, the Creed has been sung in churches since its inception. After all, singing is one of the greatest ways to commit things to memory! A number of songs based on the Apostles' Creed have been popularized in recent years, including works by Sovereign Grace Music, Hillsong Worship, Newsboys, and The City Harmonic. Going back further, we find songs by Don Moen and Rich Mullins.

In 2016, Keith & Kristyn Getty, along with their songwriting partner Stuart Townend, set their own version of the Apostles' Creed to an older melody Keith had composed. They have described their song We Believe as "a fusion of music inspired both by jazz and the folk music of Scandinavia and Ireland." Listen to it here:

CHORUS
We believe in one true God
Father, Spirit, Son
One church, one faith, one Lord of all
His kingdom come

We believe in God the Father
Almighty Lord of life
Creator of the heavens
The earth, the sea, the sky
And we believe in Jesus
The only Son of God
Born of the virgin Mary
Who lived as one of us

We believe that Jesus suffered,
Was beaten, crucified
He died and He was buried
Entombed in darkest night
The third day rose victorious
Ascended into heav'n
Will one day come to judge us
The living and the dead

We believe in God the Spirit
One church, empowered by Him
Communion of God's people
Forgiveness of our sin
Our bodies resurrected
To everlasting life
To worship, love, and wonder
Before the throne of Christ

One of the main benefits of a Creed is that it is intended to be easy to remember and to understand. This song's lyrics are no different! One could do much worse than reciting the lyrics to this song in answer to the question, "what do you believe?" However, there are a few lines which differ between the Creed & the song where we can benefit from a closer look.

He suffered under Pontius Pilate

It is interesting that a Creed which neglects some of the key doctrines of Christianity (e.g., the divinity of Christ and of the Holy Spirit, the authority of Scripture, the means of salvation, etc) includes a seemingly non-essential detail like the name of Pontius Pilate. However, the historicity of Jesus' life is absolutely essential. He is not a fairy tale or a mythical hero. The things the Bible says about him really happened! When the Apostles' Creed first began being recited, the name of Pontius Pilate may have been more recognizable than the name of Jesus. He was a high-ranking Roman official in Jerusalem, and extra-biblical sources confirm that a man named Jesus of Nazareth was beaten and crucified at Pilate's command. In the song, however, this line is replaced by the statement that "[Jesus] lived as one of us." A different emphasis, but it coveys the essential belief that in the incarnation, God the Son lived as a man, faced the same temptations we do, and conquered sin on our behalf.

He descended into hell

This phrase was added to the Creed centuries after its original form (see * below), and has been the source of much misunderstanding. While it is true that Jesus' soul entered the realm of the dead (called sheol in the Hebrew Old Testament and hades in the Greek New Testament), it is not true that he entered the place of torment (called Gehenna in New Testament Greek) which we most commonly associate with the word "hell." In Scripture, hades contains both a place of torment and a place of great blessing (seen in the story of Lazarus and the rich man in Luke 16:19-31). The essential truth we must understand is that Christ truly died. The song's use of the phrase "entombed in darkest night" is a helpful substitution in this regard.

The word "catholic" comes from a root word meaning "universal," and its usage in the Creed is not to be confused with Roman Catholicism. When Christianity divided into the Eastern & Western church during the Great Schism of 1054, and again during the 16th century Protestant Reformation, the Roman church maintained the belief that it was the only true church, and thus laid hold of the term "catholic." As Protestants, we obviously dispute their claim to that word, yet we affirm its usage in the Creed. The Getty/Townend lyric "one church, empowered by [the Holy Spirit]" appropriately conveys our belief that all true believers from all of time form a single ekklesia -- a people called out by God and joined together through our union with the Holy Spirit: the holy (i.e. "called out ones") catholic (i.e. universal) church.

To worship, love, and wonder before the throne of Christ

This phrase is added to the end of the song lyric primarily for poetic reasons (so that all verses would have the same meter), but I love the way it fleshes out the term "life everlasting" from the Creed. So many times in popular culture heaven is presented as if it will be boring or monotonous. Nothing could be further from the truth! The life everlasting will consist of an eternity of "worship, love, and wonder" as we live in the presence of an infinite God, whose creativity and goodness knows no end. I can't wait to spend forever becoming more and more fascinated by my Creator, knowing that even after 10,000 years, "we've no less days to sing His praise than when we first begun." Come quickly, Lord Jesus!

* Many versions of the Apostles' Creed insert the phrase "he descended into hell" at this point. This was not included in the original version of the creed, and we do not include this phrase in our usage of the creed.