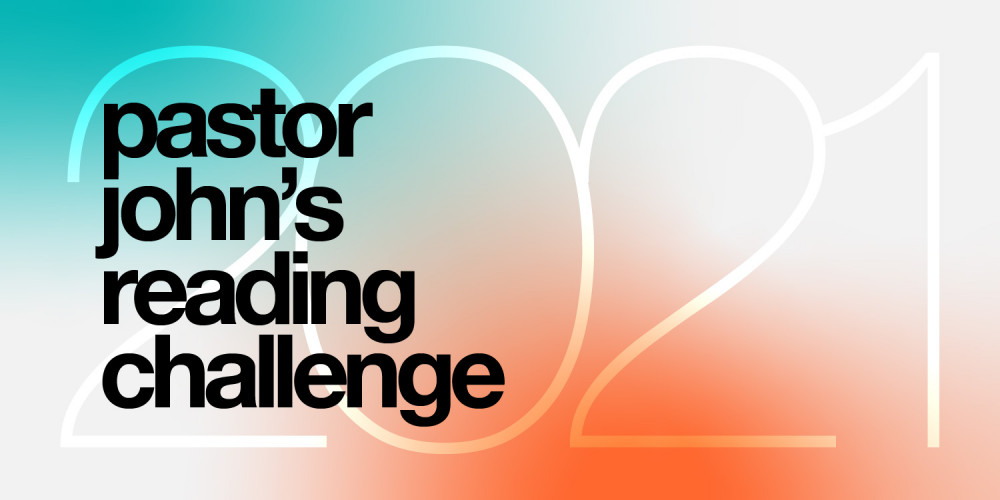 Like last year, I’m using Tim Challies’ reading challenge to help guide my reading for this year. Unlike last year, I’m not going to attempt to keep a record of every book all on one page. Apparently our website has a character limit, and starts deleting your old material once you've exceeded it. Who knew? Anyway, I’ll post monthly updates this year for those interested in following along and/or looking for book recommendations. My goal for 2021 is to complete at least 80 books (somewhere between Challies’ “Committed” and “Obsessed” categories). A couple of the usual caveats:

I first read this series about a decade ago (and once since then), but wanted to re-read it before getting to Collins’ Hunger Games prequel which was published last year. Interestingly enough, my perspective on these books has changed a bit each time I read them. On my first reading, I enjoyed the story but also came away with a feeling that the series could be dangerous to young readers without someone helping them to exercise discernment about whether the protagonist (Katniss) is a character worthy of emulation. I still think these books require a discernment lacking in most young readers (who seem most often to be reading them), but find myself today much more charitable toward the author, and more willing to accept the series as an example of good dystopian writing.

a book by someone whose ethnicity is different than yours

Woke Church: An Urgent Call for Christians in America to Confront Racism and Injustice

In all these things, I can give a hearty amen to Dr. Mason’s position. Does that make me woke? Meh... I’m not so sure.

Because the problem is that, despite Mason's careful attention to defining this key term, that's simply not the way most of the world uses that word. And in this case, connotation carries far more weight than denotation, which is why “woke” is a word I won't be claiming for myself, for many of the same reasons I’ve avoided the phrase “Black Lives Matter” despite the fact that I wholeheartedly believe that black lives DO matter, and sympathize with many of the frustrations voiced by BLM protesters. In today's culture, factionalism has become so strong, and it is difficult to stake out a nuanced position using words which are almost instantly associated with an agenda which goes far beyond what our words actually indicate. It's unfortunate, but that's our present reality.

That said, there is a lot to like in this book, and I think it's of value for Christians to read it. Mason persuasively argues that many evangelicals are blind and deaf to the plight of those around us, and his exhortations to simply listen with compassion and an open mind should be heard and followed. His desire to see churches celebrating the richness of diverse cultures in our midst is one I share, even as I realize the inherent difficulty of establishing that kind of church culture. His encouragement for white Christians to seek out and listen to black preachers and singers is one I enthusiastically endorse, as I personally love the dramatically different styles and expressions of truth I find in the historical black church tradition, and have greatly benefited from the perspective and teaching of many non-white preachers, Dr. Mason included.

When it comes to the practical application of Mason's “woke” philosophy, there are several areas where I’m not sure I agree, though I say that with the full understanding that I have a lot more listening and thinking to do in this area.

a biography, memoir, or autobiography

A thoroughly engaging memoir of a young Mormon woman who grew up in the mountains of Idaho living through circumstances that were simultaneously unbelievable and completely believable. Useful as a glimpse into the mind of a victim of abuse, as well as a quasi-sympathetic portrayal of the kind of anti-government, semi-literate "mountain people" familiar to both the Inland Northwest (where I live now) and Appalachia (where I lived prior to moving here), and probably many other regions as well. Definitely lived up to the hype.

a book published by Zondervan

Finally Free: Fighting for Purity With the Power of Grace

While I read this for a seminary class, it's by no means an academic book. Immensely practical and urgently needed, this is probably the best book I’ve read on overcoming addiction to pornography—a huge problem that I encounter all the time in discipleship and counseling with church members. While many books seem to approach the subject with a mindset of inducing guilt in order to produce change, Lambert assumes (correctly, in my experience) that most Christians addicted to pornography are already under a massive pile of guilt. They already know it's wrong. They usually sincerely want to change. They just can't seem to do it.

Lambert approaches the subject from the opposite direction, focusing on God's grace as the only way out of addiction. In addition to some "radical measures" for those whose addiction is particularly strong and destructive, he lays out a number of tools through which God's grace equips us with everything we need to fight for and attain purity. This is one I’ll be handing out frequently in the future, no doubt.

The Ballad of Songbirds and Snakes

I re-read the original Hunger Games trilogy first, so that it would be fresh in my mind before reading the prequel. I know a lot of folks have been disappointed in this one, but I actually really liked it. Hoping there will be another to follow it to tie up some of the loose ends, though I’m also comfortable leaving some questions unanswered and draw my own conclusions.

a book by an author 30 or younger

This was a fun one! I’m always fascinated by the memoirs of those who served in various presidential administrations, regardless of how I feel about the actual President. And while I have never been a fan of President Obama's policies, his skills as an orator have never been in doubt. His speech writing team was also legendary, headed by the brilliant Jon Favreau. This book by David Litt—the youngest presidential speechwriter in American history, who began writing speeches for Obama at age 24—was a really enjoyable look at the behind-the-scenes process of speechwriting, as well as a glimpse of life in the Obama White House. And because Litt's specialty was writing comedy (re-watching some of Obama's performances at the Correspondents' Dinners to see his work was a refreshing diversion), there were some laugh-out-loud moments in the book. While Litt is a self-described Obama-bot and a passionate defender of progressive politics, and I am most definitely not, I still thoroughly enjoyed his story. The author reading his own audiobook was a nice touch as well.

That's it for January! Here's what's up next on my reading list: