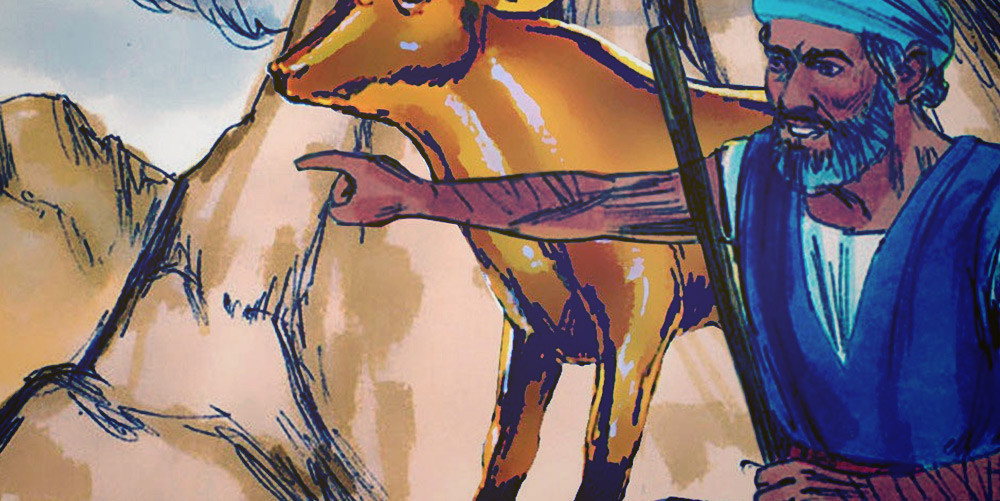 While reading the book of Exodus with my family a few weeks ago we came upon the scene at the foot of Mt. Sinai where Aaron molds a golden calf at the commissioning of the people while Yahweh met with Moses on the mountain above them. Talk about sad irony. As God gives Moses the ten commandments, Israel shows that her inner character directly contradicts the contents of that law. In other words, clearly the people have no chance to actually keep this law that God is giving to Moses. However, what stood out to me as we read with our children that morning was the almost comical—if not for the egregious and heinous nature of it—response of Aaron when Moses confronts him? Do you remember what Aaron says when Moses asks him what happened? Here it is in Ex. 32:22–24:

And Aaron said, “Let not the anger of my lord burn hot. You know the people, that they are set on evil. For they said to me, ‘Make us gods who shall go before us. As for this Moses, the man who brought us up out of the land of Egypt, we do not know what has become of him.’ So I said to them, ‘Let any who have gold take it off.’ So they gave it to me, and I threw it into the fire, and out came this calf.”

Can you believe this guy? He doesn’t want to take the blame although he is clearly caught red-handed! At every step of this response he tries to wiggle out of culpability. He wants to be declared innocent. Notice the pattern: Don’t be mad at me; You know it really wasn’t my fault it was the evil people you left me with while you were up there doing who knows what; honestly, I didn’t do much, I just threw the gold in the fire and out came this completely carved and crafted calf, I mean it was crazy! Again, it would be comical if it were not so terrible. Aaron should have been the leader and protector of the people from their wicked imaginations. Instead he carried out their plans and brought idol worship into the camp. Do you remember another scene earlier in scripture where something similar takes place? How about the garden of Eden when God confronts Adam in his sin? What does Adam do? That’s right. He blames Eve and then even subtly implicates God because it was after all God who gave him this woman. Astounding! The scenes of Eden and Sinai are connected in many ways and far too many to talk about in one short article. However, in this one thread we see something sinister in the nature of man. Out of a desire to escape the judgment for sin, man refuses to accept his guilt. We endlessly strive to make a case for our innocence. In this effort, we demonstrate our expertise at blame-shifting.

Shifting the blame expresses a desire to escape punishment but in the end serves to seal it. What must be driven into hearts and minds is the reality that no matter how hard you work to deflect the blame onto someone or something else, no man ever accomplishes his justification through this avenue. In seeking to justify yourself you seal your condemnation. If you desire to be made right with God listen to what He says through His prophet Isaiah in 57:15 ““I dwell in the high and holy place, and also with him who is of a contrite and lowly spirit, to revive the spirit of the lowly, and to revive the heart of the contrite.” Who dwells with God on His holy mountain? Those who own the blame for their sin and turn from it in humility.

Shifting the blame also hurts other people. You see, if you refuse to take the blame for your wrongdoing then it must be someone else’s fault. See Adam and Aaron above. In trying to get out from under the blame they serve to heap guilt upon someone else. Therefore, deflecting blame is a most unloving act against others and most often against those closest to you. It’s not enough that they have to endure your sin but now they must deal with the guilt you have heaped upon them. As an extension of this, chronic blame-shifters tend to run away good friendships. Scripture says “faithful are the wounds of a friend.” Someone who does not want to take responsibility for their sin does not value these types of friendships and makes it hard to want to be that type of friend for them.

Shifting the blame ultimately becomes an accusation against God. See I John 1:9, 10 “If we confess our sins, he is faithful and just to forgive us our sins and to cleanse us from all unrighteousness. If we say we have not sinned, we make him a liar, and his word is not in us.” Here we see the choices plainly. You can confess your sin which is to agree with God and be forgiven. Or, you can refuse to agree with God and thus call Him a liar.

Accepting the blame is the avenue to true forgiveness and restoration. Do you realize the grace and forgiveness ready to be poured out upon your life? The way to tap into that abundant grace is not through self-justification but through confession and acceptance of the guilt that rightly belongs to you. As Jesus said, “Those who are well have no need of a physician, but those who are sick. I came not to call the righteous, but sinners.” Mark 2:17.

Accepting the blame for what you have done serves to cultivate healthy relationships. It creates a culture around you where people feel safe to bring things to your attention and will be more ready and willing to accept their own blame. If you are a leader—yes I am talking to every husband—accepting the blame doesn’t make you weak. Godly leaders humbly repent, often.

Accepting blame makes much of Jesus. There has only been one man to live a blameless life. The precious Son of God lived in perfect obedience to the Father as Adam had failed to do and as Israel had failed to do. He then with incomprehensible love took upon Himself the judgment for our guilt. God’s justice for your sin was payed upon Jesus—the blameless one. Our refusal to accept the blame for our sin or to minimize it is an offense against Christ and His payment made for sin. Only in admitting our guilt do we make much of His saving work upon the cross. In more simple terms, if you aren’t guilty then why did He have to die the horrific death He died? Do we really want to minimize Jesus and His work of grace on our behalf?

Image created by Sweet Publishing and distributed by freebibleimages.org. Used by permission. 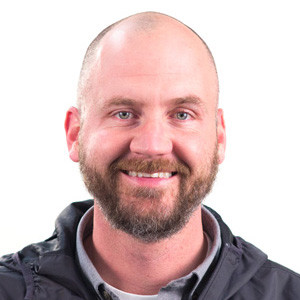 Paul is Family Ministry Pastor at Faith Bible Church. He studied at Shepherd's Theological Seminary. He and his wife, Christie, have eight children: six girls, and two boys!