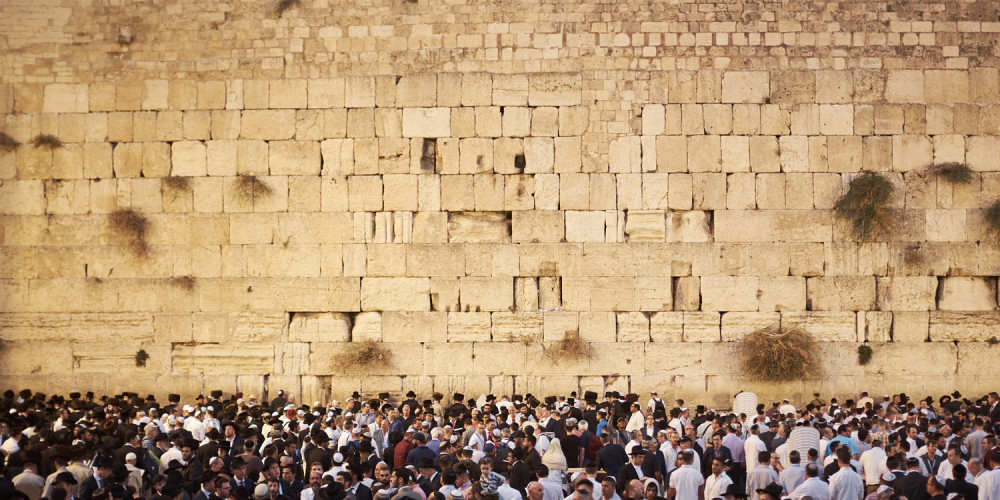 God’s Character on Display in Israel

“God made Israel to put His character on display to the nations.” That was one of the repeated themes of Dr. Michael Grisanti as he lead our tour of Israel. God has always had a plan to save helpless sinners from all the nations. Since Israel sits at the crossroads of three continents and two oceans this was a natural setting for God’s worldwide mission.

Our Israel trip in 2019 covered so much it is hard to put it into words. But here are a few highlights.

A Savior From Idolatry

We circled Israel clockwise starting in Caesarea where God called Peter to open the Gentile mission at the house of Cornelius. Philip the evangelist had already been there, but to the Jews. Later the Apostle Paul would be used by God to proclaim the gospel to the Roman Procurators. But Peter was specifically tasked to go to the house of a Gentile centurion named Cornelius. There Cornelius repented and believed in Christ and the Gentile mission was officially confirmed. Our first night we stayed along the coast Philip and Peter walked. In the port of city of Caesarea, Paul stood and preached the gospel before Roman governors, kings and gentiles (Acts 24,26). We stood in the place Paul made this defense.

To grasp Israel, one must grasp the grand building achievements of Herod the Great. The harbor and city of Caesarea were architectural marvels of the ancient world. It is equally true about Masada and the Temple Mount in Jerusalem. But Herod, although half Jewish, was an idolater and the most ruthless ruler serving Caesar. Temples to Roma and other gods are found wherever he lived and built.

Our third day we visited Caesarea Philippi near the Sea of Galilee. Herod’s son Philip established temples to five false gods. There also were major springs forming a river coming out of the hills. Near these springs, Peter made his profession of Jesus as the Christ. Jesus replied “And I tell you, you are Peter, and on this rock I will build my church, and the gates of Hades shall not prevail against it” (Matthew 16:18) It is no coincidence that the head of the springs were called the gates of hades. Greeks thought springs guarded the way to Hades. Jesus promised the disciples in the midst of pagan idolatry that Satan’s defenses would be destroyed and idolaters would be saved from all nations.

Israel constantly fell into idolatry throughout ancient history. Shortly after Israel began the conquest of Canaan, Joshua warned the people of Israel to forsake their idols (Joshua 24). But sadly, in Israel’s history they often did not. Solomon set up temples to false gods at the end of his reign setting up a pattern of ‘Yahweh plus’. From the northern city of Dan to the southern city of Arad, there is early evidence of Yahweh plus other gods. We visited Dan day three and Arad day 5.

God disciplined Israel by sending foreign countries to take them into captivity. Northern Israel was conquered and carried into captivity in 722 B.C. by Sennachirib. Sennachirib almost conquered southern Israel too, but God intervened in the time of Hezekiah. Eventually, Judah was taken captive in 596 B.C. by Babylon. Seventy years later Jews were allowed to return. This time they resorted to trusting their own religious works not Yahweh. By the time of Jesus, empty ritualism dominated religious life. It was not a genuine relationship with Yahweh. Jesus came to save us from idolatry and empty ritualism. Today in Jerusalem both empty ritualism and idolatry still thrive. We stayed in Jerusalem from day 6 to day 10.

There is good news. At the Garden Tomb a group of international Christians share a crystal clear gospel of justification by faith in the death and resurrection of Christ. Some think it is where Jesus was crucified, buried and raised. Recently they have opened up the site in the evenings and 2500 Muslim’s have toured the site and heard the gospel. Thursday evening they did a performance of Handel’s messiah in Hebrew for local Jews. Jesus is a savior of Idolators.

A Savior of the Heart

Throughout Israel, many Jews were preoccupied with ritual purity. At the same time merciless legalism ruled. Ritual purity baths are found all over Israel near synagogues. In the gospels Jesus healed many. But the religious leaders were angry at Jesus for breaking their man made rules about work on the Sabbath. They had no heart change even though they followed laws meticulously. To make matters worse, Jewish leaders in the temple charged exorbitant prices for temple currency and sacrificial animals. Jesus drove them from the temple twice. No outward washing could cleanse inward corruption.

God must intervene to change the human heart. This was the promise of the New Covenant that was fulfilled at Jerusalem. In the upper room, where Jesus ate the last supper with his disciples, he made the enduring sign of the covenant that changes the heart. We celebrate it today as the Lord’s supper. It is the work of God in the heart that produces faith and a genuine relationship with Christ.

The modern site of the church of the Holy Sepulcher is what Grisanti maintains is the most likely place of the death and resurrection of Jesus. Just outside the walls of Herod’s city in an abandoned stone quarry was the place Romans crucified criminals and the wealthy carved family tombs. It is perhaps a quarter mile from the temple mount.

One of the most moving times on the trip (Day 2) was by a site called Tabgha. It is the likely site where Jesus cooked a meal for the disciples after his resurrection. Peter and the disciples thought their failure in denying Jesus disqualified them from serving Christ. But in the tender and provoking scene, Jesus asks Peter if he loves Him. Peter does, but his sense of failure holds him back. Jesus doesn’t toss Peter aside. Dr. Grisanti said, “Jesus wanted Peter to know that he was not to be defined by his failure, but by the mission of preaching the gospel and feeding God’s people.” Jesus is the Savior of the heart. Just forty days later he preaches his first sermon and God saves 3,000 people and changes their hearts forever.