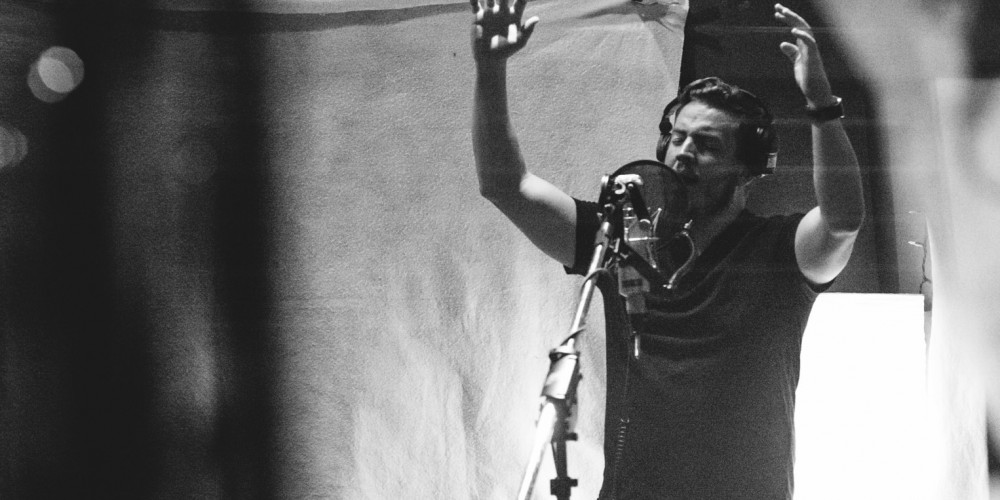 An Interview with Cam Huxford from Ghost Ship

You’ve been writing songs and playing music for years. Since having kids and starting a family, how have you seen that affect your craft? Have you seen any big changes in how you write songs and do ministry?

“Yeah, you would think having four kids would maybe make it harder to write songs but for me it’s had the opposite effect. The source of so much of the stories that surround our songs have come from family stuff. And I always think it’s cool how God uses our families and our marriages and our kids as one of the biggest ways he sanctifies us. And I think that somehow makes it into the songs as well. You know, just me wrestling with my selfishness or me feeling inadequate for the task of being a Dad, or feeling like I just don’t have the strength to carry it all, like it’s just too big. I think all that stuff really has helped shape our songs for the past eight years.

“I got a really good piece of advice from a worship pastor friend who I worked with about 10 years ago. He was telling us, ‘Man if you’re not leading worship at home, just don’t lead worship here.’ And I was like, ‘Wow... okay.’ I had to think about it. So about 10 years ago I started just intentionally leading worship from home—leading times of gathered singing at our house.

“So when it comes to writing songs, before the band has heard the songs, our kids have heard the songs. That’s great from a spiritual standpoint, it’s something God uses in our Family. And then on the musical side if things, it’s kinda funny because the kids just know when a song is good or bad. So If the kids don’t like the song then the band never hears it. But when I bring it into a band practice it’s because we’ve already been singing that song at home.

“Our song Invitation, on the first demo I sent to the band you can hear my daughter Riley’s voice in the background just singing melodies and saying funny stuff. Then, fast forward a few months when we’re in the middle of recording the album, I’m tracking the lead vocals, and I was nervous or stressed or something. Then Brian, our producer, he knew I wasn’t in the right mindset. He was hearing me kind of just being in my head and not performing it right, and he was like ‘Man, think about who you would want to hear this message.’ And at that time I just immediately saw the faces of my kids and I thought of Paul saying “the message of the Gospel is the power of God.” I thought of my own kids and I thought ‘I hope they hear this gospel message and I hope they respond and follow Jesus.’ The cool thing is that I got to baptize Reilly two years later on Easter. God saved her at a young age like he saved me, which is something I’m super thankful for."

We play a few of your songs here at Faith and we’ve been super encouraged by them. (e.g. Look What God Has Done, Revelation of Jesus Christ, and our college students will also recognize Son of David, Orion, Poverty Nor Riches and Mediator.) One of the things we love so much about these songs is how doctrinally rich the lyrics are, while simultaneously being accessible for multiple ages and backgrounds—almost conversational. Would you mind unpacking a little bit for us how you approach that as a songwriter?

“Man I have a lot of thoughts of that. We always ended up writing songs based on passages of scripture. Because, it’s a very comforting thing to know you’re singing the truth. And when you’re spending tons of time writing, touring and recording, you just wanna know that it’s true.

“Look What God Has Done came from me just reading Ephesians 3 where it says the mystery of the gospel is revealed. It’s been hidden and now everyone gets to see what it is, and even the angels are waiting to see what it is. And the mystery is that the Gentiles get adopted into God’s family. And when I was reading that I was like, ‘Wow, I can’t believe that we get to be a part of the mystery of the gospel.’ So, that’s usually how our songs start, is just me being blown away by some truth I come across in scripture.

“I had a recent example of that where I was reading the passage of Jesus healing the paralytic. These four guys lower their paralyzed friend into Jesus house and everybody’s watching. And Jesus says ‘Son, your sins are forgiven.’ Then the Pharisees rebuke him and say ‘only God can forgive sin.’ And I was just blown away by that. So we have a new song that we just recorded is called Oh Sinner and the chorus is that line that the Pharisees say.

“The passage says ‘who can forgive sin but God alone?’ And I thought, what a cool verse of scripture where these guys, who are trying to rebuke Jesus, accidentally distill the Gospel and God’s plan of redemption into one line. At the end of that story it says the whole crowd was amazed, and again Jesus has the opportunity to say something. And he says, ‘I did this to show you that God can forgive your sin.’ And I think that’s such an amazing example of where we get to see God’s heart for us.”

It’s hard to write songs that are really doctrinally rich, accessible, and yet powerful at the same time. And your songwriting manages to find that sweet spot. So, hearing you say that it all comes from something that floored you, really gives us a window into how that all works for you.

“I really appreciate that. We’re definitely trying to get all those three things and we don’t always feel like we’re nailing it. I think that’s really the other side of trying to write songs from scripture. You feel like, man I hope that I’m able to get out of the way of this. I don’t want to try to be more poetic than Paul or Jesus. So that’s been a strategy that we’ve had, on the music side, when trying to write something that is compelling for us and for others. We’re not just thinking ‘what is the coolest musical thing I could do here?’ We’re trying to put the message first and let the music follow behind it and support the message.”

We’re all excited to have you guys come in December. Chae, your guitarist had mentioned that you guys wanted to make sure this would be an evangelistic event. Do you have anything to say to our congregation as far was what they should expect from your guys’ show? How would you encourage our church to pitch this to the unbelievers in our community?

“Whenever we travel to different contexts we always hope that the church will be encouraged. That’s a huge thing. Because I really believe that the church is Jesus’ plan to reach the world. Ultimately I believe that gospel being heard in Spokane is because your church is there, and the leaders of your church are equipping your people to be out there doing ministry. So I ultimately think that gospel gets spread through churches. And when you get a little bit more granular with that, I think so many times it’s just people inviting their friends—people inviting their neighbor or a coworker to something they feel like would be fun.

“So when we’re putting on a concert we’re thinking about how if I invited my coworker friend who’s just a totally gnarly dude but we’re close, that he would have a good time, but ultimately that he would hear the gospel. So my message to your church is: just invite a friend and I will commit to you that it won’t be weird. So, It’s gonna be fun. It’s gonna be like most concerts that you might go to with your friend, but it’s also gonna be a clear message of the gospel in the music. We’ve heard a lot of stories of people who have never heard the gospel and then hear it for the first time in a song. Some people maybe won’t come to church but maybe they will come to a concert. But I think the way that the gospel spreads in any city is through churches out there talking to their friends.”

Well, very cool. Thank you for joining us. We’re really looking forward to having you guys come in December.

This interview is from the most recent episode of the Family of Faith podcast. Listen Here

Purchase tickets for the Ghost Ship Concert on December 1. 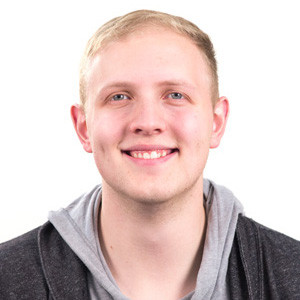 Evan Jarms is currently studying worship ministry at Southern Baptist Theological Seminary and is pursuing a career as a Worship Pastor / Song Writer.