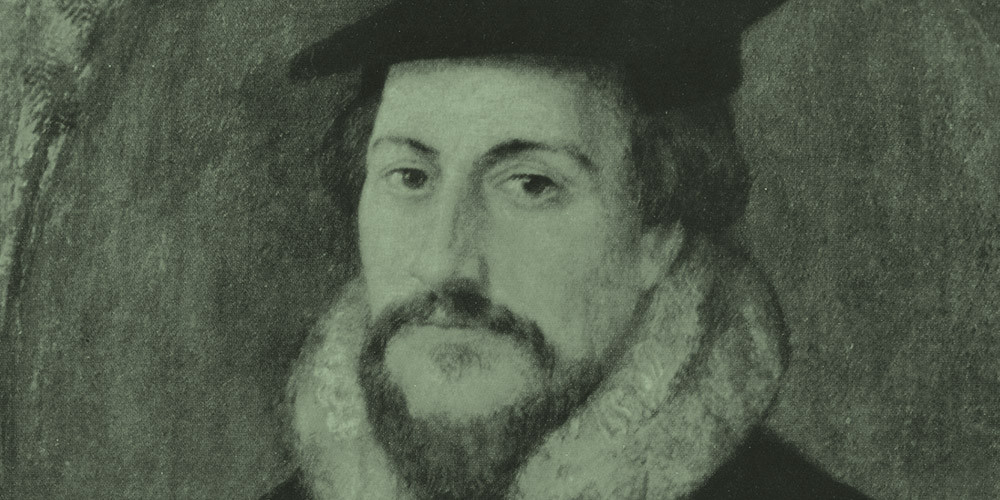 John Calvin was born July 10, 1509 in Noyon, France. At the age of 14, Calvin’s father sent him to study theology at the University of Paris. However, after his father ran afoul of the church, Calvin left the field of theology, and began to study law for three years at Orleans and Bourges. During this time, Calvin mastered Greek. Around 1533 A.D. Calvin came into contact with the message and the spirit of the Reformation, and after being fleeing persecution, Calvin became wholly devoted to Christ and to the cause of the Reformation. Recounting his conversion he stated, “when, lo, a very different form of doctrine started up, not one which led us away from the Christian profession, but one which brought it back to its foundation.” Calvin had experienced the majesty and Word of God. Desiring to make known the majesty of God, he dedicated his life to the exposition of the Word of God.

A little while later Calvin became Professor of Sacred Scripture in Geneva, and within four months was also appointed to pastoral ministry. However, for political reasons, he was kicked out of Geneva. In that time Calvin met his wife Idelette in Strasbourg, and after the city of Geneva lifted their ban on him, he returned Tuesday, September 13, 1541 to continue serving the church until his death May 27, 1564. Calvin dedicated himself to being a professor, pastor, and husband who loved the Word of God. He continued the Reformation of the church by his continual focus on the Word of God as the final authority for a Christians life.

A Moody Bible Student in the Aspiring Men program at FBC.