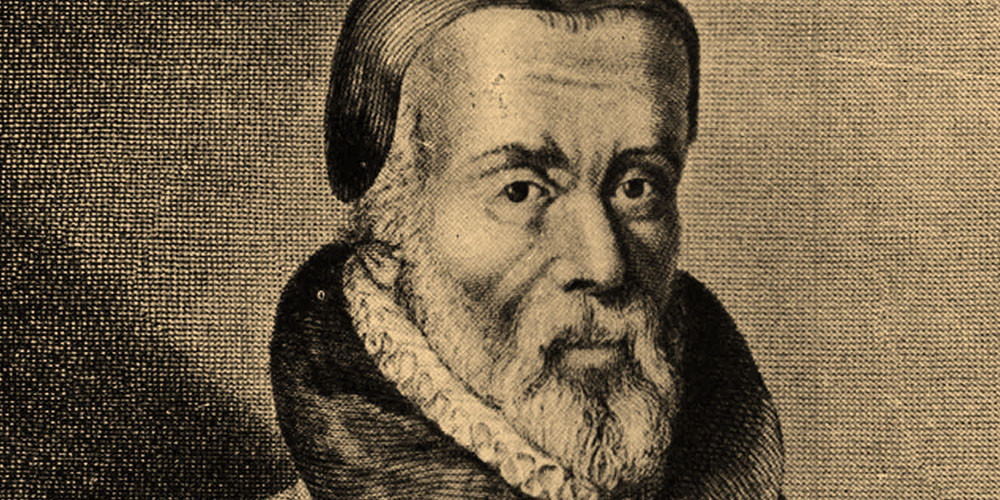 One night in 1522 in southwest England over a dinner table conversation, an exasperated Catholic scholar remarked, “We were better be without God’s law then the pope’s.” A twenty-eight-year-old home tutor at the time famously replied, “I defy the Pope and all his laws […] If God spare my life ere many years, I will cause a boy that driveth the plow, shall know more of the Scripture than thou dost.” Little did this young man William Tyndale know he would do exactly that even at the cost of his life.

In 1524, King Henry VIII would not approve of Tyndale’s proposal to have the Bible translated into the vernacular English language and Tyndale was exiled from England, but that did not stop Tyndale. Two years later, he began smuggling the first English translations of the New Testament into England in bails of cloth. Incidentally (or should I say providentially), he had grown up in Gloucestershire – the cloth-working county. Within the span of twelve years living as a fugitive, Tyndale translated into common English not only the New Testament twice but also Genesis to 2 Chronicles and Jonah. Furthermore, of what we think of as the dominant King James Version, nine-tenths of the New Testament portion is Tyndale’s, and the same is true of the first half of the Old Testament, which was as far as he was able to get before he was martyred in 1536. Moreover, the list of near-proverbial phrases that Tyndale coined – such as “Am I my brother’s keeper?” (Genesis 4:9) and “Fight the good fight” (1 Timothy 6:12) – is endless, and thus, Tyndale has arguably influenced the English language more than even Shakespeare. Tyndale’s Bible is not merely a literary phenomenon; it was a spiritual explosion – the kindling that set the Reformation on fire in England.

A Moody Bible Student in the Aspiring Men program at FBC.