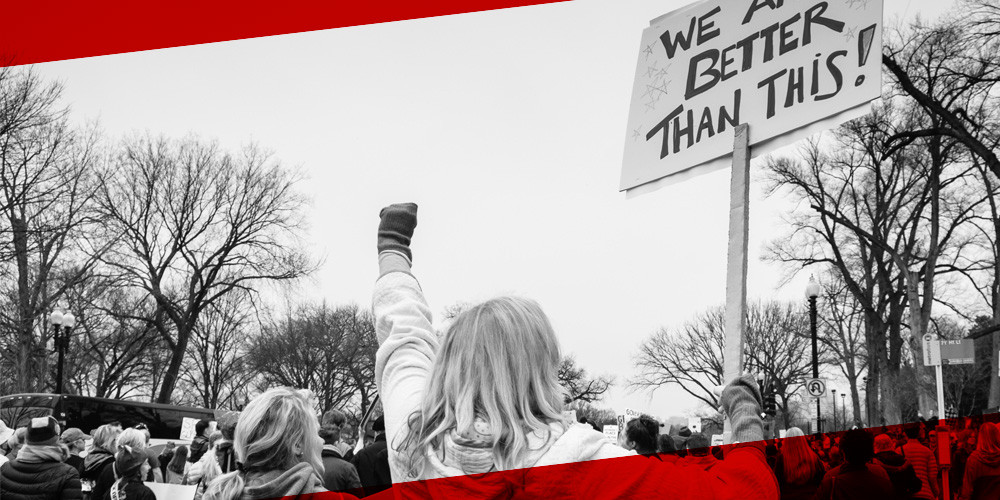 A Mighty Fortress is... the State?

In this last week, an awfully familiar event came flooding through our news and social media. Again, another school shooting. Again, debates raged predictably along political lines. However, we as a people of America have responded in two directions. In one direction, we have yet to become altogether calloused by the mass murder of human beings outside of the womb. The national outcry on behalf of the seventeen dead in Florida bears testimony to this fact. For this, we must be in some part grateful; by the grace of God, the broader American conscience is not entirely seared. In another direction, both right and left sides of the political aisle seek a solution through predictable political means.

The latter trend, the utter faith and dependence upon our legislators, ought to give you, the Christian, considerable pause. I read a quote from The Guardian last week that said, “We could not have been more prepared for this situation … we have trained for this, we have trained the kids for what to do … We did everything that we were supposed to do. I feel today like our government, our country, has failed us and failed our kids and didn’t keep us safe.”1  Here, we must take seriously the moral claims of culpability and responsibility. With a straight face many Americans, and maybe many of us, find our final verdict to be aimed not against a person, not against a family or any group of individuals. Instead, we cry out against the created beast that is “our government” or, “our country.” We have ascribed being to a non-living thing. We have worshiped stone and wood of our own design. We do so even to the point where we refuse to grant moral agency and culpability to the killer himself.

From a godless worldview... the most secure place to put their hope is human government.

A public defender in that Florida county responded to this case, saying, “When we let one of our children fall off grid, when they are screaming for help in every way, do we have the right to kill them when we could have stopped it?”2 In an age where we fail to ascribe personhood to a great deal of people (the unborn, for example), how odd then that we then look to our government and our country as a personified individual?

But this is not odd at all­—and this is the point of this entire article. Our culture has so definitively swallowed the idolatrous role of the State that when one human being murders other fellow human beings, we no longer place judgment on that individual, but we run into the arms of our government and cry out, “This is your fault, why did you not stop this?” This begs the question: can we account for this from a Christian worldview? Or, maybe more importantly, can we offer a hopeful and true alternative?

Yes, we can. In fact, we can answer with damning clarity. Having just finished our series on Revelation at FBC and explored the mysterious waters of eschatology (doctrine of end times), we have the tools in our hands. I suggest that what our culture is longing for is a half-truth. In light of a mass shooting, it is God’s common-grace that the response of our culture is to desire the end of that violence, the end of image-bearer slaying image-bearer.

However, the means to that end are everything. From a godless worldview, the highest authority, the highest appeal, the most secure place to put their hope is human government. If man is the pinnacle of the known world and the most intelligent being, then man’s authority and man’s rule is their ultimate hope. This is the unbeliever’s faith.

Interestingly enough, the atheist has their own doctrine of eschatology to accompany this faith. They would usher in their own version of the “millennium,” that golden age—that 1000 year reign on earth or the new heavens and the new earth. We see this fleshed out in attempts to avoid global warming and overpopulation, enacting gun control, a uniting of nations (the U.N.), and elimination of poverty. All of these things are aimed at combating perceived evil and the effects of that evil on this world.

But notice that this is all by the hands and effort of man. A liberal church’s billboard last week read, “Turn your AR-15’s into plowshares.” This is a play on Isaiah 2:4, “He [The Lord] shall judge between the nations, and shall decide disputes for many peoples; and they shall beat their swords into plowshares, and their spears into pruning hooks...” This church, along with our broader culture, sees their end times being accomplished without the Lord judging between the nations and rendering decisions for many peoples. In other words, man’s peace on earth will arrive without, or in spite of, the justice and wisdom of God.

Church, you cannot follow the world’s eschatology. You must resist at all points man’s desire to glorify himself and accomplish his deliverance outside of the work already provided by his Creator. The blind faith granted to our government by both conservatives and liberals is idolatrous. You should seek peace with your fellow man insofar as you are able, but never forget that your hope, your peace with fellow men, your eschatological dreams, your deepest longings for joy and happiness will never be met by “the Man.” This is of course illustrated by my introduction about the Florida school shooting. Again, man’s rule and reign has fallen short of its promises.

Church, here are some ways to check your thinking: When you speak of your government and politics, could you say the same things about your God? When you think and long for change in this world, are you first driven to prayer or policy/political dialogue? When your pessimism or optimism fluctuates, is that because your stability was anchored in the powers of this world or in the powers of the heavenly places?

The world you are watching today sees their deliverance and rescue, not by the Creator that made them, but through their own wicked and twisted enterprise. To them, salvation does not belong to the Lord, but to Man. Their hymn would read, “A Mighty Fortress is the State.” But to you, Jonah replies, “But I will sacrifice to You with the voice of thanksgiving. That which I have vowed I will pay. Salvation is from the Lord.” (NASB) 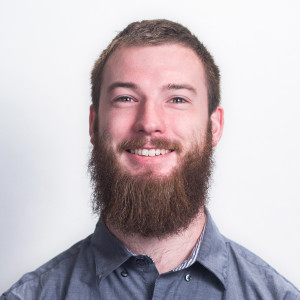 Aaron is the church business operations manager. He loves theology and memes. He and his wife also serve in the college ministry and love spending time with their students.