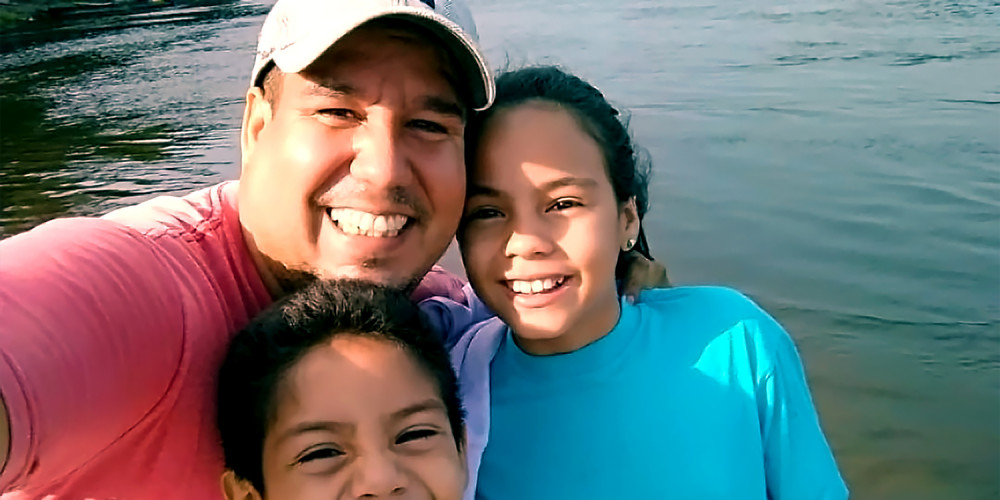 Quitting is relatively easy! You just quit! You just walk away! Persevering is significantly more difficult! You must continue! You must keep going!

The author of the Bible book called Hebrews knew of this probability of drifting away. He wrote to people who were facing persecution and affliction after they had started to walk in obedience to Jesus. He knew how their suffering along with the normal difficulties of life could influence them to turn back from following Jesus.

Thus he wrote with a passionate call out to persevere: “Let us hold fast the confession of our hope without wavering, for He who promised is faithful” (Heb 10:23, NASB). Hold fast to your confession of faith, hold fast to your hope in Jesus, hold fast to your confidence in God.­­ If you have professed faith in Jesus for salvation and have given public testimony of your believing the gospel of Jesus, you have demonstrated that your hope is in Jesus alone. Along with Peter the apostle, you affirm, ‘Lord, to whom shall we go? You [alone] have words of eternal life’ (John 6:68). You have heard the promises of God and are trusting in His faithfulness to deliver on His promises.

Persevere in your confession, your hope, and your confidence!

As I look back at 40 years of pastoral ministry in Venezuela and Spain, many examples come to mind of people who have persevered in following Christ, but Gabriel Sanchez stands out in this crowd. Gabriel lived in the barrio up the hill from the newly established evangelical church in Guatire (Venezuela). Gabriel showed up as a 15 year old on the second day of an English camp being led by a short term mission’s team from a church in Seattle. Friends who came the first day had told them that they had “American” candy. On that English camp day in late 1998, the Bible story featured the “book of life” referenced in Revelation. Spontaneous, impulsive, and gregarious Gabriel said that this was not in the Bible. Wisely, the man leading the study pulled Gabriel next to him and had him read from the Bible. I was translating, and saw Gabriel swallow a huge dry gulp as he read about the “book of life”.

God worked in Gabriel’s heart and later that week he trusted in Christ for salvation. My guess for the probability of his “sticking” to this commitment would have been in the 10% range. But how he has stuck! And how great has been the grace of God manifested in and through the life of Gabriel.

Gabriel had dropped out of school during his adolescence, as a fifteen year old he was working at an alcohol distribution center weekdays, and on weekends he used people’s money who somehow had confidence in him to place bets on the Venezuela horse races. The barrio in which he lived in tight quarters with his family was not exactly an environment conducive to encouraging spiritual growth in a young follower of Jesus. Drugs, alcohol, thievery, betrayal, and killings were common.

Somehow, God had spared Gabriel from getting trapped in these activities. His mother and father had instilled good values in him: care for extended family, generosity, honesty, and compassionate kindness were strong points. Now God had hold of his life! And the all-powerful God of the Bible was going to show His keeping power to preserve Gabriel and complete the work that He had begun!

Through several outreach activities like the English camp, a good number of Venezuelan young people had obeyed Christ and were following Him. During the summer of 1999, Gabriel participated in his first Impacto outreach, with other Guatire young people and a team from Faith Bible Church. The call of God upon this young man’s life became very evident, along with God’s equipping him with ministry gifts, both natural and spiritual.

Yes, Gabriel has had some spiritual setbacks and at times has needed to be admonished to persevere. But the definitive direction of his life since deciding to follow Jesus has been obedience and a passionate desire to share the gospel of Jesus with others. No high school education, and yet he has taken many Bible and ministry courses offered through the Guatire church. He began teaching children’s Bible classes on Sundays, he actively participated in youth activities, and he consistently volunteered to help with evangelism activities, not just in the church but in over a dozen Venezuelan towns with teams from the Guatire church. His ability to hold a crowd in the public plaza with energetic drama and speech is extraordinary. We soon realized that preaching was another gift that God had given to him. With ten other men, we trained him to preach, and soon he became a gifted preacher of the gospel.

After marrying a young lady who lived in Puerto Ayacucho, on the edge of the Venezuelan Amazon region, he moved to this town, where he worked a variety of jobs to provide for his family, while also getting involved in the church. About a year ago, all of his welding tools were stolen, his primary means of livelihood. He took this as a calling from God to go “full time” with gospel outreach.

Every Saturday he and a team of believers feed a hot meal in the church building to about 75 kids, many of these facing malnutrition. And of course they hear
the gospel of Jesus. Early on he wanted to provide an extra nice Christmas meal for these children. He ordered enough “ham bread” (a Venezuelan Christmas tradition)
for 60 children. The bread maker gave him enough for 120. Gabriel said that he only had enough money for 60. The bread maker said, “Take it, this is a gift for these children, I have seen how you are serving them.” This is how Gabriel serves the Lord, trusting Him literally for “daily bread”.

His father-in-law has transitioned from pastoring in the Puerto Ayacucho church to taking the gospel to indigenous groups along the river banks of the Amazon region. Gabriel just returned from this inhospitable area after leading a Venezuelan medical team outreach into several Indian communities. In Santa Elena, one of the villages, the “shaman” was ill. He had not allowed preaching of the gospel in his village. After being given medical attention by this team, he allowed them to preach the gospel of Jesus. You cannot imagine the insurmountable obstacles Gabriel had to overcome to get this team to the people, all in dugout canoes. How does he do it? He has learned the power of persevering against great odds in the strength of Jesus.

The Apostle Paul declared, “I know whom I have believed, and am persuaded that He is able to keep that which I have committed to Him” (2 Timothy 1:12). Gabriel would not attribute the truth of this text to his life. But I will! Gabriel knows whom he has believed! Gabriel knows the keeping power of Christ! Gabriel knows the richness of His inheritance in Christ! He just keeps persevering!

Dave and his wife Lois served on the mission field for 42 years in Venezuela and Tenerife, Spain. They are now retired, but can't help themselves from preaching the gospel everywhere they go.