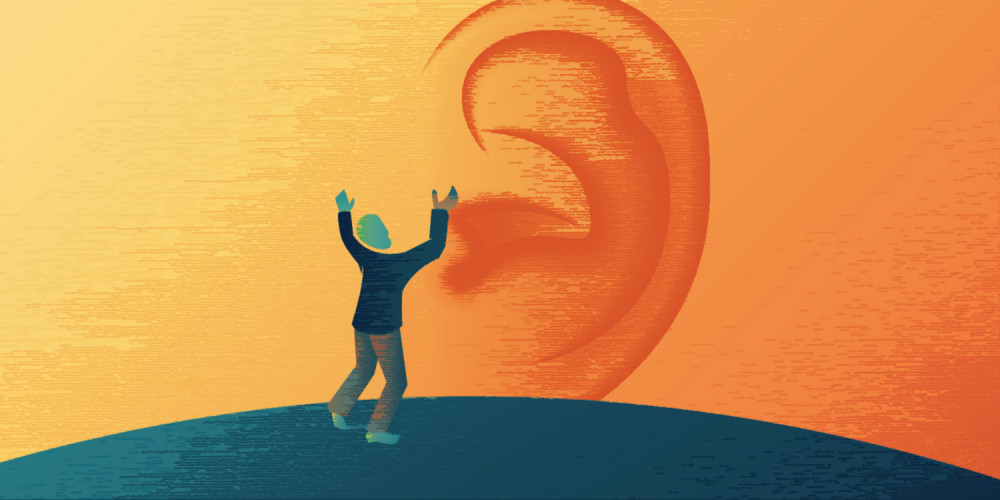 There are things I have been praying about for well over 20 years. Praying faithfully, fervently, and regularly. So far, I have seen nothing to indicate God has heard or is acting response to these requests. I see no hint of any activity that would indicate God’s involvement in the situations I have been bringing before Him. This makes it a challenge to keep on praying, but I persevere because God invites us to pray.

There is a lady who is mentioned only briefly in the New Testament who might be considered the “poster girl” of faithful, continual prayer. And, yet, for decades it appeared her prayers went unanswered. In the three verses dedicated to her, we learn she was 84 years old and “never left the temple, worshiping with fasting and prayer night and day.” (Luke 2:36-38) Her name is Anna.

What do we know about Anna? Precious little. Her Jewishness is affirmed—she was the daughter of Phanuel, of the tribe of Asher. She had married, probably as a young woman, but her husband died after only seven years of marriage. She remained a widow, and when we meet her, she is described as “advanced in years.”

The fact that she never left the temple may reveal at least two things: first, she probably did not have any living children. If she had children, they would necessarily have taken care of her, but she appears to be alone. And second, since she never left the temple, we can assume a place had been provided for her in one of the many rooms surrounding the temple court. And this may have been because she is called a “prophetess.”

Anna’s prophetic ministry focused on worshiping, fasting, and praying, rather than proclaiming God’s Word or revealing future events as the Old Testament prophets did. There are other women prophets mentioned in the Bible, some by name such as Miriam, Deborah and Huldah, and some identified by their families such as Isaiah’s wife and Philip’s daughters.

The introduction of Anna comes when the baby Jesus was brought to the temple in Jerusalem for dedication. Mary and Joseph presented Jesus to the Lord and provided the sacrifice required for a first-born male. While they were there, a man by the name of Simeon was directed by the Holy Spirit to approach them. He is described as “righteous and devout, looking for the consolation of Israel; and the Holy Spirit was upon him.” In fact, the Holy Spirit had revealed to him that he would not die before seeing the Lord’s Christ [Messiah]. (Luke 2:25-27) When he took Jesus in his arms, he broke out in a psalm of praise to God that he was seeing the fulfillment of that promise.

The next person to approach Jesus at that moment was Anna. Did she know Simeon? Was she, perhaps, familiar with the promise made to Simeon regarding the Messiah? We can only wonder, but it does not seem unreasonable to assume that she too was looking for the Messiah, since she is introduced in the context of the wonderful revelation that this baby was, indeed, the longed-for Messiah.

During those long years of praying and fasting day and night, perhaps Anna, too, looked for the consolation of Israel. Perhaps she prayed that God would send the One who would bring good news to the afflicted and bind up the brokenhearted. As she wrestled in prayer, did she long for the One who would proclaim liberty to captives, proclaim the favorable year of the Lord and comfort all who mourn? (Isaiah 61:1-3) How could she not?

As the decades went by and Anna persisted in her devotion to prayer, did she ever grow weary in well-doing? We can imagine that she might have. As I mentioned at the beginning, it is daunting to continue praying for something year after year when it appears those prayers are going unanswered. Surely Anna experienced that, too. But she remained steadfast—even into old age.

As the decades went by and Anna persisted in her devotion to prayer, did she ever grow weary in well-doing? We can imagine that she might have.

How did Anna respond when she saw the answer to her years of faithful prayer? She in single-mindedness and true devotion to God began “giving thanks to God.” Of course she did! What else would bubble up and spill over than exaltation to the One who had heard her prayers after all? Then she “continued to speak of Him to all those who were looking for the redemption of Jerusalem.” (Luke 2:38) Oh Anna! What a true heart; what a steadfast model of persistence in prayer; what a faithful witness! How much we can learn from her.

I am challenged by the example of this “poster girl” of prayer to keep on praying -- even when I see nothing to indicate God’s answer is near, and to thank God -- even before I see the answer. And I am challenged even as I wait to see His answers to my prayers, to keep speaking of Him and telling the good news of the savior who has come to redeem us—and is coming back.