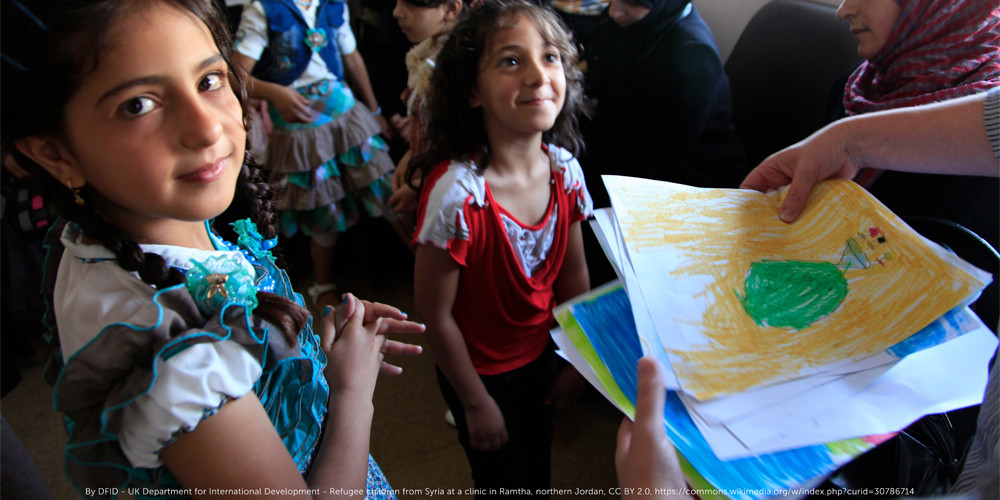 Why Have A Ministry to Refugees?

Our Experience with a Refugee Family

When we moved from Kenya to the U.S., our daughter was just entering her teens. Although she was born in America and had a U.S. passport, she had lived almost her entire life in Kenya and was clueless about American public school culture. The first girl to befriend her and “show her the ropes” was a Sudanese refugee who had already been in the U.S. for a year and learned her way around. We got to know her family and heard their incredible story of persecution, death, and then miraculous family reunification in a refugee camp. Many refugees suffer from PTSD, having seen family members killed before their eyes, and many carry physical, as well as emotional wounds.

What is a Refugee?

With all of the recent political rhetoric about immigration, we need to realize that refugees are in a different category or classification than immigrants. “A refugee is someone who has fled one’s home country and cannot return because of a well-founded fear of persecution based on religion, race, nationality, political opinion or membership in a particular social group.” (World Relief.) Generally speaking, immigrants have chosen to come to the U.S. In contrast, over 90% of refugees would rather return to their home countries if they could do so safely, and the small percentage who are resettled and are able to leave the refugee camps have no choice about what country they are sent to.

"Many refugees come from places that missionaries can’t access, but God has sovereignly brought them to our own city. We have a great opportunity for missions without a passport."

There are currently 21.7 million refugees worldwide (plus over 40 million displaced persons, who are “refugees” in camps within the borders of their own countries).  Since 2002, the U.S. has admitted slightly less than one million refugees. 70% of those admitted to the U.S. are women and children. The average time spent in a refugee camp is 17 years, and for those who come to the U.S., the current vetting period takes 18-24 months.

Objections to refugee ministry generally stem from fear or political rhetoric, but for followers of Jesus, our attitudes towards refugees should be based on Biblical and spiritual decisions, not political or emotional ones.

Evangelical leaders like John Piper, Tim Keller and Leith Anderson have all written eloquently on this topic.

The following is a very brief overview of some of the pertinent biblical passages. In the Old Testament, an often-repeated command is to love and treat fairly the alien or “sojourner,” who are classified with widows and orphans (Ex 22:21; De 10:19; 24:17-18; 27:19; Jer 7:6; 22:3; Ez 22:29; Mal 3:5). The reason for this command to Israel was that they were “aliens in Egypt.” The Apostle Paul tells us that our citizenship is in heaven (Phil. 3:20), so in a sense we, too, are aliens on earth who should have compassion for those newly arrived from other places.

In the New Testament, Jesus says, “So in everything, do to others what you would have them do to you, for this sums up the Law and the Prophets” (Mt. 7:12). The parable of the Good Samaritan (Luke 10:25-37) reminds us who our neighbor really is (even despised ethnic minorities), and in the parable of the sheep and the goats (Mt 25:31-46) we learn that caring for “the least of these” is the same as caring for Jesus himself, and that failing to do so has dire consequences.

A second reason to care for refugees is that many of them are fellow Christians. Romans 12 and 1 Cor. 12 teach us about caring for the Body of Christ. Gal. 6:10 says, “Therefore, as we have opportunity, let us do good to all people, especially to those who belong to the family of believers.”

What about those who are not Christians? The “go” in the Great Commission has nothing at all to do with distance. Making disciples of all ethnic groups (or “nations,” as it is in our English Bibles) can take place right in Spokane. In fact, many refugees come from places that missionaries can’t access, but God has sovereignly brought them to our own city. We have a great opportunity for missions without a passport.

“For some people, embracing refugees is a political issue,” said Christian author Lynne Hybels. “For me, as a Christian, speaking up for and caring for refugees is more an act of worship and obedience to a God whose Kingdom is global and whose ‘mercies are new every morning.’”

A Call to Action

As Faith Bible Church renews its outreach to refugees in the coming weeks and months, reflect on all the scriptural input regarding concern and care for those in great need, and prayerfully consider what role you might take. World Relief will be offering an orientation to refugee ministry for Faith Bible Church members/attenders on Sunday, July 30 from 3:00-5:00pm at the World Relief office. If you are interested in getting involved, or even just curious about what’s going on in Spokane among refugees, plan to attend. The address is 1522 N Washington St., Suite 200.