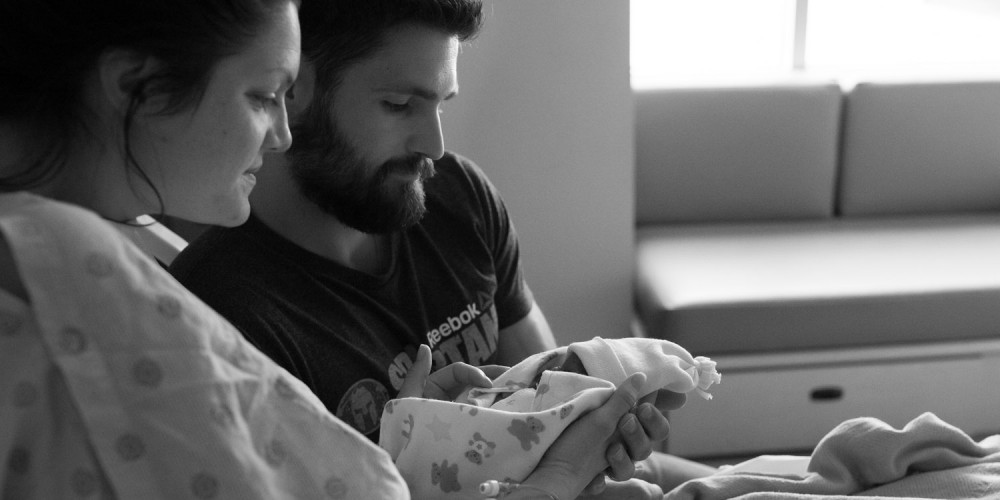 Seeing God’s Goodness in the Midst of Grief

“Is he your first?” My answer gets stuck in my throat as the barista hands me a coffee and tries to eke smiles out of my four-month-old, who seems far more interested in stuffing fingers into his mouth than smiling. That question gives me pause every time, and strangers ask it more frequently than I ever expected. Whenever that question comes up, “yes” would be the easy answer, the answer the asker is probably expecting. But whenever it’s the answer I choose, I always walk away kicking myself for being dishonest and for neglecting another opportunity to speak of all that God has done. Sometimes I’ll give a very loaded, though more honest, answer: “Our first living child, yes!”

The honest answer inevitably puts a pause on the conversation. Whoever asked the question to begin with typically shrinks back apologetically after that reply, and I want desperately to sit them down and talk about how it’s not a hard answer to give. I want to sit them down and tell a bigger story, one that showed its Author to be infinitely wise, intimately knowledgeable, and indeed able to do immeasurably more than we could possibly ask or think as we watched Him work through the life and death of our firstborn.

January of 2018 found us six months into marriage and, much to our surprise, expecting our first child. God had seen fit to make us a family of three, and the nervous excitement of expecting our first baby came quickly. My husband was a lot better about the excitement part; I was almost all nerves. I was overcome by fear and anxiety over what could possibly happen to the baby, but no imagination of my own could have prepared me for what God was doing.

“It is there, in death’s shadow, that God meets us with the beauty, sure reality, and hope of the gospel.”

On March 15th, we went in for the first ultrasound and afterward were met with grave news. At thirteen weeks gestation, nothing on our baby was measuring right, making it nearly impossible for the doctor to give us a due date. Our baby’s spine was severely bent, his feet were clubbed, his abdominal wall was incomplete, and his brain was not developing correctly. (In subsequent ultrasounds, doctors were able to deduce our son had suffered amniotic band syndrome, a spontaneous collapse of the amniotic sac that caused major harm to our son’s body.) His complications were beyond what human hands could heal. We were told to expect to lose the baby within the week.

But God gave us eleven more weeks with our son, eleven more weeks to see God work in our broken hearts as He kept the heart of our broken son beating against all odds. We got to see him move on an ultrasound, though we didn’t think it was possible for him to move well at all. I felt a few kicks from his tiny, clubbed feet, which I never expected to feel. We prayed that Yanek would get to feel him, and one week before Asher died, Yanek felt one of those precious kicks.

We named him Asher David, “Blessed, Beloved.” Blessed to be immediately ushered into the presence of God without knowing the brokenness of a sinful world. Beloved by us, indeed more than we ever thought possible, but infinitely loved by the One who knit him together. When we held him for the first time on June 13th, 2018, he was already whole in the arms of his Creator. He was 8.5 inches long and weighed 11.8 ounces.

Death stings, and when we found out about Asher’s condition, we felt death’s sting more deeply than we had ever felt it in our lives. We still feel it. We felt it in June when we remembered the first and last times we held him. We felt it in September when the anniversary of his due date passed on the calendar. We feel it acutely in the grief of missing him and of not ever getting to know him. Death stings, and when it does, we are faced with how much we just plain don’t like it.

As the pangs of death and grief pierce our hearts, we join the groaning of creation for all broken things to be made right. It is there, in death’s shadow, that God meets us with the beauty, sure reality, and hope of the gospel. Christ came “to give light to those who sit in darkness and in the shadow of death” (Luke 1:79), to set right all that man in his rebellion had turned upside-down. He came to reconcile sinful, broken people to the Father through His death and resurrection, and because of Christ, we can look forward to an eternity with the Father.

When Asher died, our arms and nursery may have been empty, but because of the empty grave two thousand years ago, we could and do look with hope to our risen Savior and join the saints in singing, “Where O death is your victory, where is your sting?” We can look forward to being made whole as Asher has been— physically, yes, but also unfettered by sin before the Father’s throne, worshiping the One alone who can make us whole and who will declare, “Behold, I am making all things new” (Revelation 21:4). We long for that day.

That’s the flood of words waiting to burst behind my simplistic answer to strangers about the son they see. Sometimes the floodgates crack a little, and some of the story pops out. And when it does, there is typically a stunned, slightly awkward pause in the conversation, and the stranger’s attention is diverted to the four month old boy in the car seat, whose hands are likely slathered in drool, guarding a wet, gummy smile. Looking from my boy to me, the stranger will say, “Well, look at that— God’s been kind to you, hasn’t he?”

That comment is right and true-- Asher’s little brother, Jens, is indeed a good and gracious gift of God. His name even means, “the Lord is gracious.” But we dare not cheapen God’s grace and goodness by saying God was only gracious because He gave us a healthy baby after losing Asher. Seeing new life in the shadow of death points us daily to the bigger reality of redemption that paints God’s glory in bold, bright colors over a world darkened and grayed by sin. It is that redemption that colors our past, present, and future griefs, and in that redemption that we are able to taste and see that He is good, even in the midst of heartache.