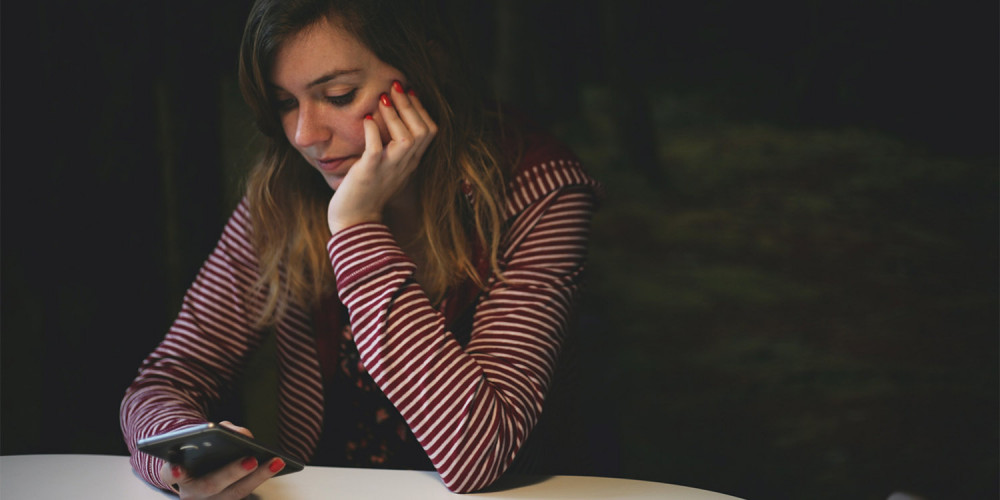 Seeking an Educated Mind Instead of Emotional Reactions

Our nation is in a fragile state right now. The amount of anger, hate, destruction, hurt, and controversy swirling around is unlike anything I’ve seen in my lifetime. The issues at hand are emotional ones for sure – how can they not be when you’re dealing with the value of human lives? And therefore, you get an outpouring of emotion both in the news and on social media – a place where people have found outlets for all of their opinions, informed or not.

But is this the most helpful thing to do – to hastily add another meme or viral Facebook post to the mix because someone else’s words made you angry? Is this helping our hearts be grounded in truth and our minds become more educated?

In reality, what we all need most is the redemptive work of Christ in our hearts. Only He can transform our hardness of heart, our anger at “the other side,” our injustice, our unrest. We can talk of and work toward solutions, but in the end, if we don’t have Jesus, real, long-lasting change won’t happen.

"We need to have a solid foundation of truth before approaching the lies we’ll encounter online."

But also: He calls believers to live in the midst of a broken and sinful world and to show by the way they live their lives that there is hope. And that hope is in Him. We are called to do something. We are called to be lights in the dark places.

We can only do that if we are first saturating ourselves in the Word of God. If we are spending more time on social media than we are in our quiet times, we have no place to be posting things about controversial topics. We need to quiet our hearts before the Lord to remind ourselves of Who is actually in control of this messy world – and we also need to have a solid foundation of truth before approaching the lies we’ll encounter online. Once we’ve done this, we can move on to the next step.

Next, we need to become more educated about what is really going on and what the core values of the matters are. We need to confront our own ignorance, misunderstandings, and confusion before we can confront others.

I will fully admit that I have not been great about this most of my adult life. News, politics, and elections were all things that I approached casually without finding out much about them. I felt like I had far more interesting things to do with my life, and I skated around current events.

"We need to confront our own ignorance, misunderstandings, and confusion before we can confront others."

But I’ve been brought to a place in my life where that isn’t good enough anymore. And I have challenged myself to do something about it.

The wake-up call came within the past few months when I became increasingly alarmed at what I saw on social media. It seemed that people could form opinions based on a handful of memes, a viral Facebook post, or biased news sources. And so much of what I saw didn’t sit well with me. There were things I couldn’t bring myself to agree with, but I couldn’t put my finger on why.

And I also didn’t feel educated enough about the issue to speak up myself. I felt I might end up saying something that wasn’t true or that was only based on my emotional reactions to social media feeds. But deep down, I felt frustrated over the lack of reason and logic that was coming out of some posts about panics, pandemics, and protests.

So when faced with this feeling of unrest, I found I could do one of two things:

Proverbs 14:15 says, “The simple believes everything, but the prudent gives thought to his steps.”

And Proverbs 17:27-28 says, “Whoever restrains his words has knowledge, and he who has a cool spirit is a man of understanding. Even a fool who keeps silent is considered wise; when he closes his lips, he is deemed intelligent.”

Define your core values based on what the Bible says is true, and then seek to find people who speak about current events through that same lens. Share resources with other believers if you find articles, podcasts, or videos that are thought-provoking. Be a part of sharing truth and encouragement in a time when lies and negativity are so common.

"Be ready to have conversations privately with people instead of publicly where words quickly become weapons."

Be ready to have conversations privately with people instead of publicly where words quickly become weapons. Beware of social media’s emotional triggers and take breaks from it to keep yourself grounded in the Word of God and prayer.

And as you seek to educate yourself on current topics, try to listen to both sides of the arguments. You may end up listening to one type of news source more than another but try to see the values and the contradictions that the “other side” has, because it certainly has both. Try to understand where the other person is coming from, and choose to believe they have the right intentions, even if you feel like their path of logic leads to a conclusion that you disagree with.

Wouldn’t we have a stronger society if more people sought to intentionally educate themselves about current topics instead of passively taking whatever “looks good” online?

Wouldn’t we have more thoughtful discussions if we learned to say things like, “I respectfully disagree with you and here’s why,” “I don’t have enough information on that yet to have an opinion,” “I think differently than you, but I still love you,” and “Can you tell me more about why you think that way?”

Wouldn’t we have a more powerful nation of voices if we searched for values based on truth and reason, not just on emotions and popular trends?

Let’s learn to stop censoring and blocking things we don’t like online like a child sticking his fingers in his ears and saying “la-la-la-la.” Let’s learn to allow different viewpoints to exist alongside each other, listen to one another, and see the worth of the actual person behind the online post.

It seems a difficult fight. But it also seems worth it to work towards healing in our nation, our cities, and our communities.

I’m ready to jump in. And I pray that you might join me.

Lydia is a teacher, poet, and blogger, who serves various ministries here at Faith. You can read more of her writing at lydiakinne.com