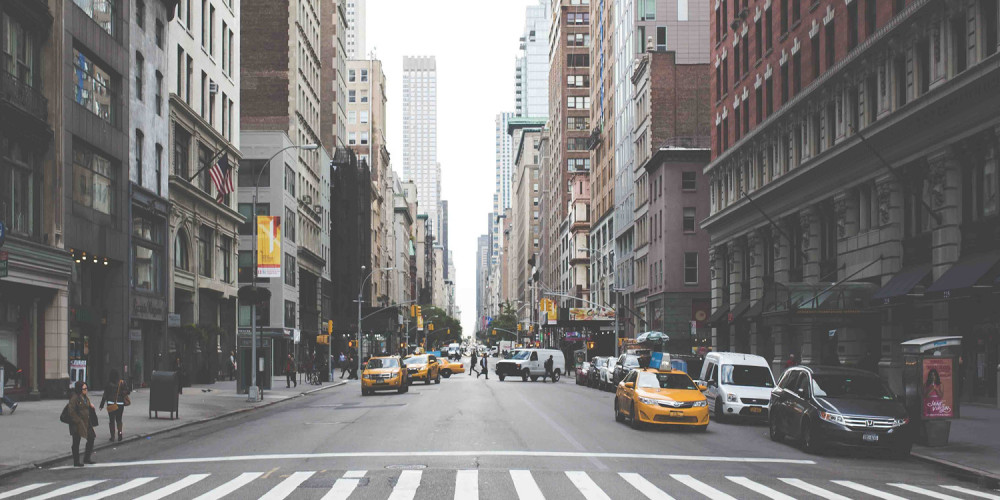 As I sat in the audience watching a production in the “Best of Broadway” series, a question lingered in the back of my mind: “How does the Lord Jesus Christ make inroads into the world of entertainment? How does He even get a foot in the door?” Broadway. The word itself represents secular values, philosophies, glamour and escape. How can God make a difference there?

I also think about this question when I’m in crowds or watching the news. “How can God reach these people? How can the Lord Jesus bring His good news into our world filled as it is with needs and distress?”

As much as I ponder this, I would never expect God to impact America beginning in New York City. Not only is it the home of Broadway, but also Wall Street and the headquarters of corporate empires and media outlets. People flock to New York for the theater, museums, concerts, art galleries, sports events, shopping, and fine dining; but for finding God?

And yet God did invade America in 1857 and He started in New York City! Rather than using the lights of Broadway or the sizzle of the stock market, He used something even more powerful: earnest prayer that changed lives.

The Need for Prayer

The North Dutch Reformed Church on Fulton Street in New York City needed a strategy to reach its neighbors. Demographics in the neighborhood had changed as church members moved “uptown” and new people moved in to replace them. Should the church relocate and move with the congregation? No, they decided to stay put and minister to the community around them.

The church hired Mr. Jeremiah Lanphier, a layman, to reach out to the new neighbors. He quickly became convinced of the need for prayer to undergird his efforts. Hoping to attract businessmen during their lunch hour, he scheduled the first prayer meeting for 12:00 to 1:00 p.m. on September 23, 1857. Six men came. Focusing on the unsaved people around them, they prayed for the conversion of souls. God met with these men in a unique way and blessed their efforts. Although it started small, the noon prayer meeting quickly grew until it became so popular that space in the North Dutch Reformed Church was filled to capacity.

The Desire for Prayer

Such an intense desire for prayer gripped the community, that in February 1858 plans were made to accommodate the crowds in other churches that opened their facilities. By the spring of 1858, as many as 25 different prayer meetings were being held in New York. The secular daily newspapers regularly carried lists of the locations and reports on the progress of the revival. No hysteria or disorder disrupted these meetings, even though crowds were pressing to gain admittance. Instead they were permeated by a sense of expectancy and earnestness.

Half an hour before the time appointed for beginning the exercises, the house was packed in every corner from the pit to the roof. By noon, the entrances to the hall were so densely thronged that it required great exertions to get within hearing distance, and no amount of elbowing could force an entrance so far as to be able to get a sight of the stage. People clung to every projection along the walls; they piled themselves up on seats, and crowded the whole stage beneath, and above, and behind the curtain. The street in front was lined with carriages. The audience was composed principally of business men; there were about two hundred ladies, and not less than fifty clergymen.

The Unique Features of the Prayer Meetings

Although these prayer meetings were crowded, they were businesslike because each leader employed strict rules: they began promptly at 12:00 p.m. and ended precisely at 1:00 p.m. No one could speak or pray for more than five minutes (the leader would ring a bell when time was up). Two requests maximum, written or verbal, were given and then prayer was to be offered for those specific requests. No controversial points were discussed.

These prayer meetings were distinguished by lay-leadership. The event is often referred to as the “businessmen’s” prayer revival. Most of the meetings were conducted by laymen, not evangelists or revivalists. When preachers were involved, they followed the same rules as the laymen. And the reports of men who attended these meetings indicate most of the prayers requested were for the conversion of loved ones. As the meetings continued, people would come and testify they had committed their lives to Christ as a result of the prayers that had been offered on their behalf.

What an encouraging model for us! The Holy Spirit used ordinary men, who were willing to devote time to prayer, to impact thousands of people for eternity. Part two of this article will explore further the results of these prayer meetings and their implications for us.