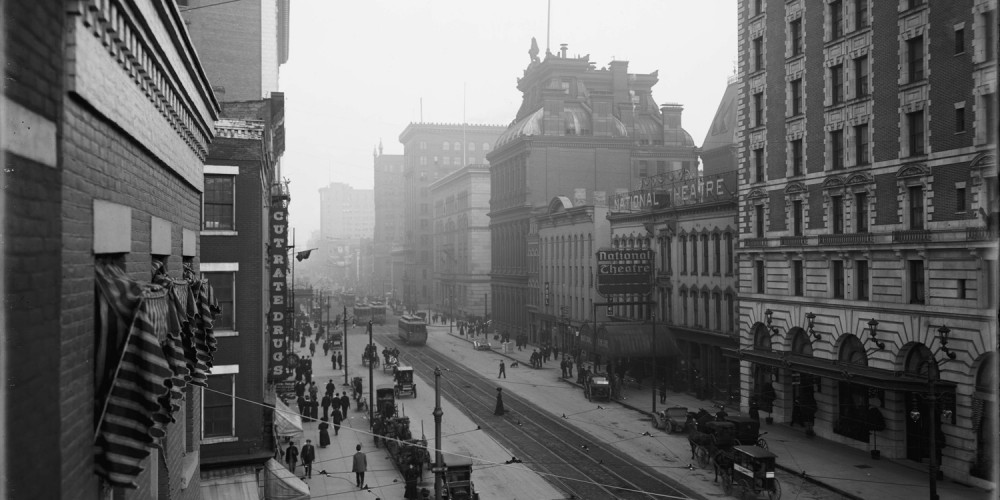 Part One of this article introduced the Prayer Meeting Revival that began in 1857. Such an intense desire for prayer gripped people in New York City, that by the spring of 1858 noon prayer meetings were held in 25 different locations throughout the city. And most were crowded to capacity.

The Spread of Prayer Meetings to Other Cities

News of the prayer revival spread from New York City to other cities across the United States by articles in secular newspapers and by word of mouth. People would visit one of the prayer meetings in New York and then upon returning home, introduce the idea in their own community. The hour from 12:00 to 1:00 o’clock became known as the hour of prayer.

The Needs of the Country Then

In 1857-1858 America was on the brink of civil war. Of course, at the time, people hoped the strife over slavery could be resolved without conflict; but a series of tenuous legislative compromises appeared to be unraveling. Then, in 1860, Abraham Lincoln won the Presidency. Since he had spoken openly of his opposition to slavery, his election set in motion the sequence of events that culminated in war.

How did the Lord Jesus Christ invade that world? How did He make a difference in a country so divided and heated with animosity? We might have expected a spectacular miracle, but instead it was the gentle entreaty of prayer. He wooed people to pray. Instead of asking God to bring an end to slavery, most of the prayers, as far as we can tell from the historical records, were for conversions. God answered these prayers by bringing in a great harvest of souls just prior to the carnage of war. Knowing how many men (from both the North and the South) would lose their lives, He, in great compassion, turned their hearts toward Him. And thousands were swept into His Kingdom.

The Needs of the Country Now

When I come back to my initial question, “How does the Lord Jesus Christ make inroads into the world in which we live?” I am forced to stop and consider: what kind of answer am I expecting? And is God still wooing us to pray?

"Yes, the needs of our world today are much different than they were in 1857-1858, but the solution is the same: the salvation of souls."

Uncertain times are God’s invitation to pray. Whether I’m asking God to invade the world of entertainment, or protect us from terrorists, or keep us from financial ruin, the solution is the same – change of hearts that only God can bring to individuals through the gospel. Yes, the needs of our world today are much different than they were in 1857-1858, but the solution is the same: the salvation of souls.

Upheaval around the globe presses in on people in such a way that they are driven to consider what would happen to them if they were suddenly launched into eternity and in this way, they can be drawn to the Savior. Although it is always appropriate to pray for peace, it is the personal peace with God given through the gospel that must come before world peace can be achieved. And this should be the focus of our prayers.

As much as I would like to stage an encore of the Prayer Revival of 1857-58, it is unrealistic to think this unique event could be reproduced. But we can gain inspiration from it. Of the important take-aways from this event, these stand out to me:

How can God invade places in today’s arenas such as: offices, schools, corporate America, politics, government, the military, athletics, the arts, or the financial world? How does He get the attention of busy, secular people? He does it in response to our prayers. When we pray, we bridge the gap between our world and God. We open the door and invite Him in, and we pull people toward Him for salvation.