Three Kings or One?

Traditions should inspire our worship, not dilute it Fresco from the 15th century in Draby church, Denmark.

North Americans tell their children that Santa Claus delivers their Christmas gifts. Latin Americans give credit to “el niño Jesús” (the baby Jesus). Christmas tradition in Spain maintains that “los tres Reyes Magos” (the three wise men) provide the delivery service for Spanish children. However, the gift delivery does not happen on Christmas Eve, December 24, but rather when the children sleep on the Eve of Epiphany, January 5.

The Spanish tradition of the gift-bearing wise men stems from the biblical record in Matthew 2. Magi (wise men who studied the stars) had arrived in Jerusalem from the east inquiring, “Where is he who has been born king of the Jews? For we saw his star when it rose and have come to worship him.” After King Herod consulted with the religious elite, the wise men were told that according to the prophet Micah, the Christ was to be born in Bethlehem. So, off the three wise men trotted on their camels, guided by the star to Bethlehem until, twelve days after their journey began, “the star came to rest over the place where the child was.”

Wow! How easily we insert our Christmas traditions into the biblical storyline. Three wise men, camels, twelve days: These details do not actually show up in Matthew’s account of the birth of Jesus.

I bumped into this Spanish tradition, which is mostly celebrated in Spain but also in other Spanish-speaking countries, when my wife and I moved in 2009 to the Canary Islands as missionaries to establish a new Christian evangelical church. The teaching of the Roman Catholic Church provides the religious backdrop for the celebration on January 6, but the civic leaders lead Spanish society in the celebration of “Día de Los Reyes Magos” (Kings Day). Thus, Spanish children have their “Christmas” on January 6, and citizens merrily greet each other with “¡Felices Reyes!” (“Happy Kings!”).

The festivities start on January 5, the eve of the feast of Epiphany, marking the arrival of the wise men. According to tradition, their arrival occurred twelve days after the birth of Jesus, and thus the twelve days of Christmas.

On our first Christmas season in Spain, we joined the crowds of festive people with lots of children on the streets of our town of 15,000 in late afternoon to wait for the “cabalgata de los reyes magos” (the cavalcade, or parade called Three Kings Day). The parade included musicians, dancers, puppeteers, lots of noise, and finally the three kings on camels, tossing candy to the excited children. (Camels are borrowed from a nearby amusement park.)

Tradition has given names to the “tres reyes magos,” specifically Melchor (from Persia), Gaspar (from India), and Baltasar (from Arabia). They are portrayed with a variety of skin color shades.

The biblical record indicates that the wise men entered a house in Bethlehem where “they saw the child with Mary his mother, and they fell down and worshiped him. Then, opening their treasures, they offered him gifts, gold and frankincense and myrrh.”

The probable reasoning for including three wise men in our Christmas tradition is this giving of three gifts to the Christ child. And the Spanish gift-giving spirit on January 6 comes directly from the “tres reyes magos” offering gifts to the child in honor of His divine and kingly status. But no, the kings do not slide down the chimney of each house. Instead, as per tradition, they enter the homes on the eve of Epiphany by clambering over balconies to enter the living room. Then they place the gifts beside the shoes of each child, who have laid these out for the kings to see. The children also leave plates of food and sweets for the kings, and dried grass or hay for the camels (or a camel dietary substitute of milk and bread). The good kids receive gifts, the naughty ones a chunk of coal.

January 6 is then a family day, filled with gift opening, abundant food, and finally culinary enjoyment of the famous “roscón.” This is a sweet, bread-like cake shaped like a crown, filled with cream and topped with glace and candied fruits. The latter symbolize the gems that adorned the royal trio’s lavish clothing and crowns. A plastic-wrapped figurine of a king is hidden in the roscón, with the fortunate one who finds this in their piece of cake being declared the king or queen of the family banquet and the promise of good luck for the new year.

As I interacted with this Christmas tradition in Spain, I kept looking and inquiring for some connection to the spiritual journeying of Spaniards. The potential impact on the soul of what the biblical wise men experienced seemed huge. The biblical wise men understood the star in the east as a divine guidepost, they diligently searched for the Christ child, they offered gifts to this presumed divine child, they worshiped the Christ child out of deep reverence, and they rejoiced to have participated in this divine initiative.

But I did not find any connection, no longing of the soul to know more, no significant effort to pursue God other than the typical “show up” culturally for the Christmas mass offered by the Catholic Church.

The very fact that the “cabalgata de los reyes magos” was organized by the civic government, with no evident presence of any religious entities, deepened my sad realization that the celebration of Kings Day was just a secular activity – a fun one, to be sure, with great family interaction. But the focus was totally on the arrival of the kings and not on the King. The parade watchers were attracted to the kings on camels, and not to the King of the universe. The children and adults anticipated material gifts, with no thought about offering a gift to King Jesus.

I paused and reflected on my own Christmas season traditions, an accumulation of my upbringing in a missionary family, our years of raising our children in Venezuela (no one does fireworks better than Venezuelans), and now these new Spanish traditions.

I am not chiding the traditions! Most Christmas season activities are wholesome and offer great family enjoyment, reconnecting with friends, time for rest, and scrumptious eating. But at what point do I pause and reflect on Christ and the gift of salvation offered to me by Him? At what point do I pause and long for Him more than anticipating the material gifts to be received from family and friends?

At what point do I pause and worship King Jesus as the wise men did in Bethlehem? 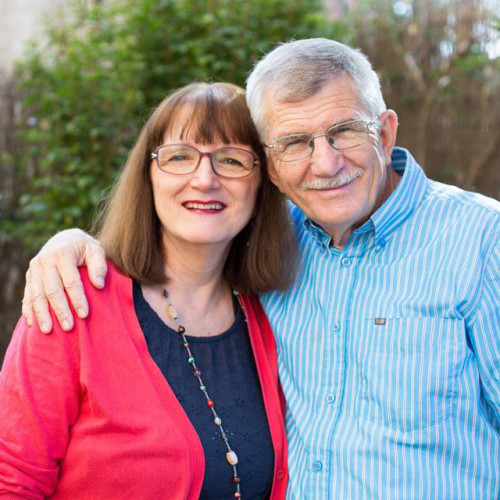 Dave and his wife Lois served on the mission field for 42 years in Venezuela and Tenerife, Spain. They are now retired, but can't help themselves from preaching the gospel everywhere they go.